This post was published 13 years 3 days ago. A number of changes have been made to the site since then, so please contact me if anything is broken or seems wrong. 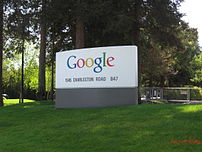 Image via WikipediaOn Wednesday, Google announced changes to or shutdowns of several services. Google also shut down Lively, the 3D chatroom that I always looked upon as a rather silly Second Life knock-off, beginning January 1—just a few short weeks ago. (“Reasons Google should kill Lively” was actually a topic in my to-blog list for several months, but it looks like I didn’t have to blog about it for Google to see that it wasn’t a good fit with their other projects. Nice work saving effort there, self. 😛 Anyway…)

I’m rather unconcerned with the fate of Google Catalog Search, which was (I believe) really just a good way to work on the OCR technology Google now uses in Book Search. (Catalog Search’s former homepage at catalogs.google.com now redirects to Google’s main site.) I never used it; catalogs are pretty useless these days anyway what with online shopping and Froogle (now known by the much-less-punny appellation of Google Product Search and accessed by a link in the Google header called “Shopping”, though I wish they’d bring back the old name).

Image via CrunchBaseAlso of little real consequence to me, personally, is the development stoppage on Google Notebook. I don’t use it much, and my service will be unaffected anyway. Well, relatively unaffected, at any rate. When I do use Notebook, it’s usually in conjunction with the “Clip” function of the accompanying Firefox extension—which will no longer work. But the service will continue for now as long as one already has an account.

I’m actually somewhat glad to hear of Dodgeball.com closing and Jaiku being open-sourced. Dodgeball was a premature service somewhat like Brightkite—which I occasionally use—that stagnated almost immediately after being acquired by Google in 2005. Its interface has always been phone-only (Brightkite allows use via text message, Web interface, or iPhone/iPod-Touch–optimized site). In my opinion, Google would do well to encourage Dodgeball’s users to move to Brightkite. An agreement with Brightkite to ease the transition for users willing to make the switch would likely make Dodgeball’s death as swift and painless as possible.

Image via CrunchBaseJaiku has also stagnated, the most notable annoyance being that it has been invite-only since its acquisition in 2007. With the transition to open-source (the service will continue to be run by a team of volunteer Googlers), Laconica 1Update (2010-05-04): Dead link removed; project was renamed to StatusNet a while ago. might get some new features, competition, or perhaps both. Twitter may also be encouraged to develop long-overdue features like OAuth support, since Jaiku is slated to support OAuth right out of the gate when it is released to the open-source community. (Securely logging into Twitter from third-party applications and websites has long been a point of contention in the community, because the only option continues to be giving every app your username and password. Not a very secure solution, especially because there isn’t even the layer of security provided by API keys such as used by FriendFeed and, yes, Jaiku. Google itself has supported OAuth authentication for its own services since as long as I can remember.)

Overall I think Jaiku’s fate is the best and most (potentially) beneficial of all those announced this week. The potential for competition and improvement in the entire microblogging and status-update ecosystem is wonderful. However, potential users of the newly–open-sourced Jaiku Engine (hopefully that’s the address where it will live—it 404s at the moment, but I’ll watch and update if necessary) will still be dependent upon other Google amenities, namely Google App Engine. Jaiku was ported to App Engine last year, and the code base is now dependent upon being run in that environment. (This could be a ploy to get money, since App Engine charges—or will charge; I’m not sure of the time frame of the fee structure—nominal fees for applications that move beyond moderate-scale deployment—not a bad business move, if I do say so myself.)

Image via WikipediaThe one impending closure that I am really and truly saddened by is the shutdown of uploads to Google Video, which is now (and will shortly be, but for already-uploaded content) solely a meta–video-search site. I’ve always preferred Google Video to YouTube for a variety of reasons. Some of them are:

(As an aside, there is also some uncertainty how the closure will affect users of Blogger who use the platform’s video upload feature, which uses Google Video for hosting. I have never uploaded a video for a post through Blogger, so I’m somewhat detached from this particular concern—but I thought it was relevant nonetheless.)

I have many more reasons and thoughts on this comparison that I can’t easily articulate, but I will be very sad to lose the ability to add new content to Google Video. Failing the motivation to deal with YouTube (which has limits on content length and filesize that may or may not be lifted in the aftermath of Video’s shutdown), I suppose I might have to start uploading somewhere else entirely, like Vimeo (whose player I like quite a bit).

YouTube has always kind of irked me as a place to upload content. It’s a great place to go to watch videos, almost always, but for hosting videos intended for display on another site… Despite the number of sites that do so, its player has always seemed out of place on the sites I’m involved with. The in-built social network (which includes profile pages, a messaging feature, “friendship”, and so forth) has always seemed like an unnecessary layer to me.

I suppose I should have seen the writing on the wall when Google’s own blogs, which used Google Video uploads themselves for a while even after the YouTube acquisition, all switched over to YouTube videos and left Google Video in the dust. Maybe I’m a video Scrooge, or maybe I’m just being resistant to change (who isn’t?). Whatever the reason, I—honest and truly—will miss being able to add my videos to such a simplistically elegant site as Google Video has been.

Update (19:46): Some good news (depending on how you look at it) came this week, too: FeedBurner now shows a link to migrate your account to Google on the My Feeds page. That wasn’t there a couple days ago…