Home opinion What Does “Friend” Mean?

What Does “Friend” Mean?

This post was published 12 years 8 months 26 days ago. A number of changes have been made to the site since then, so please contact me if anything is broken or seems wrong. 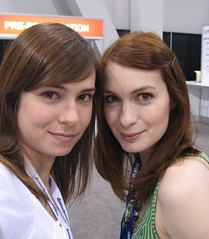 Image by Veronica Belmont via Flickr This was inspired by a recent experience I had when I went back to Evanston, IL for the NHSI Musical Theatre extension presentation.  I’d rather not talk about the details — I’ve decided not to blog about that part of my life, despite its significance, as it’s rather painful — but I did get to thinking.  This is what I came up with in the time since.

Social networking websites have really degraded the concept of friendship.  I suppose it’s not their fault entirely — other things like amateur radio have been doing the same things (namely competing based on how many contacts a person has) for decades — but none of the previous offenders used the term “friends” for the number being compared.

See, MySpace and Facebook both have a lot of users, and substantial subsets of those users often compare their friend list size with that of other people they know, and try to get the biggest number within their social circle.  So we have people you barely know sending (and accepting) friend requests to (and from) you.

Now, I have always used the term “friend” to refer to people with whom I feel connected and with whom I have something of a relationship beyond simple collaboration and camaraderie (that is, beyond a “professional” or “working” relationship).  Those with whom I feel a personal connection, I suppose.  So now I see that there’s no way for me to say that these colleagues, classmates, or whatever are just those; everybody I know (including family) is a “friend” in the eyes of a social networking site.  That’s annoying, very annoying.

See, it all boils down to this: I left Cherubs nearly two weeks ago. (And I still haven’t written down all my experiences… I know, for shame.)  I had thought I made a lot of friends there, but that was really wishful thinking as it turns out.  In fact, I was fooling myself into thinking I had fit in much better than I had in reality.  Sensing that I had been an outsider, I didn’t want to accept that fact — or admit it to myself — and so I began thinking of all these people who greeted me courteously, professionally, in passing, as “friends”.

The Facebook definition of “friend” has invaded my thinking, and it’s probably affecting a lot of people.

Those aren’t “friends” I made at Cherubs; what had seemed like real connections were really just the superficial, cordial niceties of working together in a focused group.  They are acquaintances at best, strangers (yes, I managed to avoid even learning some people’s names) at worst.  The strangers are the ones I recognize as having been in the program but can’t name or put in a role from the shows we did the last week of July.

Suffice it to say I was pretty disappointed, after the presentation ended, at the lack of warmth from those who had been my colleagues and cohorts for five weeks.  More importantly, one boy who had seemed like a friend seemed more interested in the videos I took for him than in me.  By him in particular I felt used.

So a “friend” is not a friend.  Not even if you mentally drop the quotes.

I suppose managing relationships is a skill that comes with experience, and isn’t innate to the human mind.  My parents aren’t exactly what you’d call socialites, and really nobody in my family is.  So far as I’m aware, everyone I know can count the number of friends (not “friends”) they have using ten fingers or less, and probably use less than five.  I know I can.  Unfortunately I have been unable to connect with any of my real friends for most of the summer, since we’ve all been busy and/or out of town.

My point here is that I’ve learned the hard (emotionally) way to not think of everyone as a friend, and not even as a “friend”.  Facebook may use the term.  MySpace and Twitter can (though Twitter uses the word “Following” now).  I most certainly won’t.  (I think I put more detail than I wanted to in this post, but it really does help illustrate what I’m talking about, so…  I’ll leave it all in.)