This post was published 12 years 10 months 23 days ago. A number of changes have been made to the site since then, so please contact me if anything is broken or seems wrong.

I just looked over the post about Gmail invisibility at the Official Gmail Blog, and noticed that their screenshot is a bit funky. Compare the two images below: 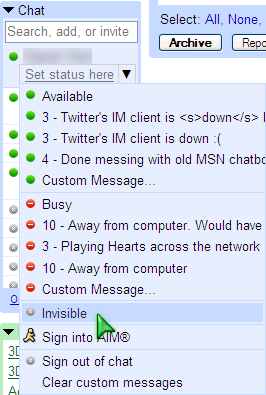 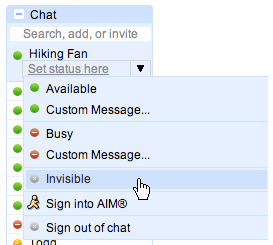 The first image is mine; the second is what the Gmail Blog posted. Now, there isn’t much different there, but they aren’t posting screenshots of the interface the rest of us see. Makes me wonder what enhancements Google is hiding in the internal Gmail interface, waiting to be released to the masses. I hope there’s some good stuff there… I want box controls! 😀

[Second image credit: Official Gmail Blog, under a claim of fair use for commentary]